In 2000, a passionate group of citizens organized the Durham Library Foundation to develop and encourage the long-term financial health and growth of Durham County Libraries. By 2005, the volunteer organization received a $500,000 National Endowment for the Humanities Challenge Grant, which they successfully matched with $1,500,000 in private contributions.

More than twenty years after our incorporation as a non-profit organization, the Durham Library Foundation renews its founding vision of excellence by raising money and managing investments, all in support of Durham County Library. Through a capital campaign and investments savings, the Durham Library Foundation provided $1,200,000 for Main Branch Renewal. Annual giving and investment income fund innovative programs and expand traditional library services to patrons of all ages and stages of life in Durham County, North Carolina. Endowment funds are the source of substantial and ongoing support for Humanities programming, the maintenance and development of the Willis P. and Leona Whichard North Carolina Collection, technology improvements, and enhancements to permanent and circulating collections. The Durham Library Foundation shares the Durham County Library’s vision of Inspiring Lives, Transforming Durham. Join us as we create world-class libraries for the free use and enrichment of all citizens.

The Durham Library Foundation is governed by a 16-member Board of Directors:

Board of trustees Representative

Friends of the Library Representative

The Board of the Durham Library Foundation 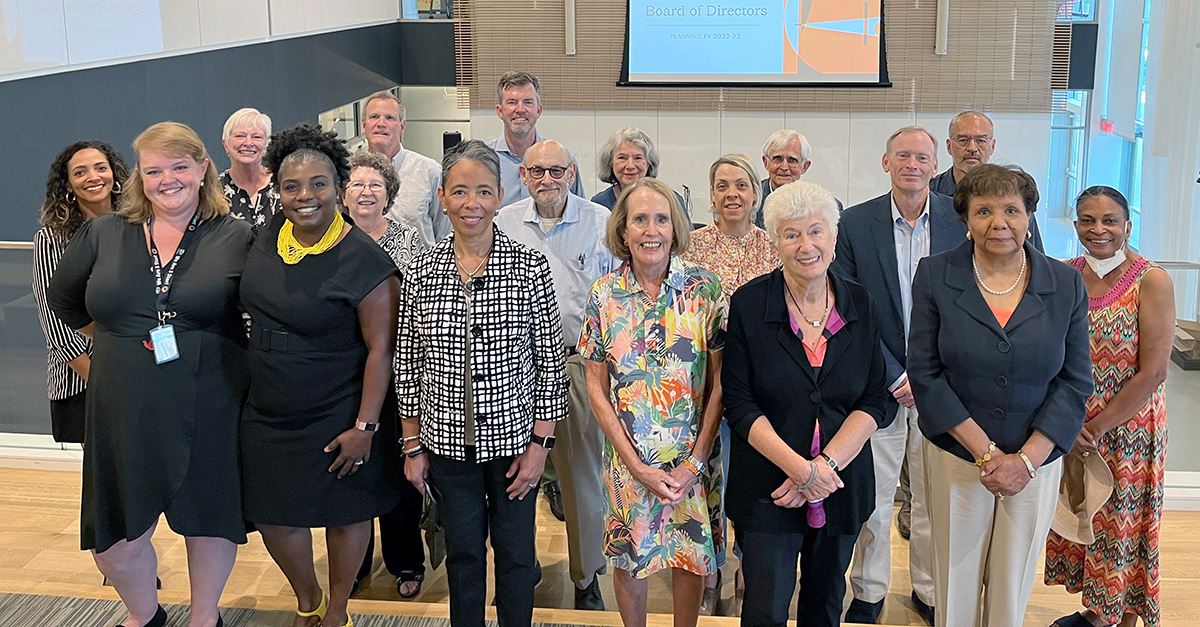 Ann Craver, president of our board, is a retired medical malpractice defense attorney, who is delighted to enhance the organization’s strategic direction. She previously served as board member and governance chair for the Association of Junior Leagues International. Her first paying job was as a page in the C. Burr Artz Library in Frederick, Maryland – she has fond memories of its card catalog!

Arthur H. Rogers III, vice president of our board, is the principal at Eno Ventures, a real estate investment firm. He has served on the board/executive committee for American Dance Festival for the past decade. He is also on the boards of Nasher Museum Friends and KIPP NC Public Schools. “I spent time at the public library in my hometown,” Arthur says. “It was an interesting modernist building – the only one in town.”

Leta Loyd, a self-employed certified public accountant, is the treasurer of our board. She is also the treasurer of Bull City Fair Trade and has served in various leadership positions with Duke Memorial United Methodist Church. Though her first memory of a public library was in her small Texas hometown, her fondest memories are set in Durham County Library.

Elizabeth Gustafson, secretary for the Foundation, is associate dean for academic affairs and counsel to the dean at Duke Law School. She is also on the Durham Academy Board of Trustees and a Senior PharmAssist Board member. She received Duke Law School's A. Kenneth Pye Award for Excellence in Education in 2021.” As a young child, I loved the agency, independence, and opportunity to explore all kinds of worlds through books that my library card provided me,” Elizabeth says.

John Bowman is a partner with Maxwell, Freeman, and Bowman, P.A. He is hopeful that his background and training, including service on a number of different boards, will allow him to assist in furthering the mission of the Foundation. “My earliest and best memory of a public library is from growing up in Richmond and obtaining my first library card,” John says. “It was empowering, and I enjoyed going to the local branch for reading or research for school projects. It was also a good learning experience when I was late returning a book and having to come out of pocket for a late fee!”

Jennings Brody is a restaurateur and retailer who owns Parker & Otis, Tiny, Parker Paper Company, and Chet Miller. She currently serves on the boards of Nasher Museum Friends and Families Moving Forward. She is also treasurer for the Durham Convention & Visitor Bureau board.

Joel Lerner, a retired attorney with the federal government, has volunteered as an election observer and as a citizenship class tutor with In Stepp, Inc. “I remember, as a young child, going with my mother to the local library to check out stacks of books to read and later, when in school, doing research projects with valuable assistance from the reference librarians,” Joel says.

Norma Martin, a retired self-employed real estate appraiser, has experience on the NCCU Foundation board, the Durham County Board of Election (as chief judge), and the Housing for New Hope board. Her first volunteer job was at the Public Library of Charleston.

Kate Medley owns Medley Media, a media production and communications company in Durham. She has served as a longtime volunteer and contributor to the Southern Foodways Alliance and James Beard Foundation. “As a child growing up in Jackson, Mississippi, our regular excursions downtown to the Eudora Welty Public Library were lessons in a) being quiet (shh!) and b) feeling rich in information, helpful people, and books,” Kate says.

Sam Nichols is senior vice president of First Citizens Bank. He previously served on the board of the Durham Chamber of Commerce and the Regional Transportation Alliance. He is following in his family’s footsteps: “My grandfather helped fundraise and get a public library started in a small town in the Piedmont,” Sam says.

Desiree Palmer, who owns her own general dentistry practice in Durham, is also a board member with Community Health Coalition, Local Start Dental, and The Links, Inc. Her first library memory? Going with her mom to get her library card at a young age.

Gloria Quick, a retired speech language pathologist who describes herself as a lifelong educator and learner, has served as a board member and coordinator for the Parents for the Advancement of Gifted Education Program. She was president of the Speech Language and Hearing Area Resource Exchange in 2012-2013. She is active with St. Joseph A.M.E. Church and is director of the North Carolina Delta Kappa Gamma Educational Foundation. “Growing up in segregated South Carolina, I was not permitted to utilize the public library as a child,” Gloria says. “My best memory of the public library was taking our first born to the Wake County Library and watching with delight as he selected books such as Anatole, Dinosaurs, and Spiders. These trips to the library exposed him to new ideas, expanded his knowledge base, and increased his vocabulary.”

Sylvianne Roberge is retired and has experience serving with the Osher Lifelong Learning Institute board at Duke University, the Chapel Hill Basketry Guild, and Winston-Salem’s Fiddle & Bow Society. “Visits to the library were a mainstay of my childhood,” Sylvianne says. “In mid-life, my mother went back to school and obtained a MLS from Emory University. She then embarked on a career as a librarian in public libraries and schools. We were equipped with … a dog given to her by a patron.”

Judith Ruderman is a retired vice provost and adjunct professor of English at Duke University. She is chair of the marketing committee at The Forest at Duke and has previously served as president of the congregation at Judea Reform Congregation. “I am almost 80 years old but can conjure up, in my mind's eye and my bones, the public library in my hometown when I was a girl,” Judith says. “My parents, educated through high school, loved to read and we discussed books at the dinner table nightly. Decades later, through the worst of Covid, my public library branch in Durham kept me sane by providing services!”

Willis Whichard is a partner at Tillman Whichard & Cagle, PLLC. His role is as the liaison to the DLF board from the library board of trustees. He was the founding president of DLF. The North Carolina Collection at the Durham County Library is named for Willis and his wife.

A library is the delivery room for the birth of ideas, a place where history comes to life.